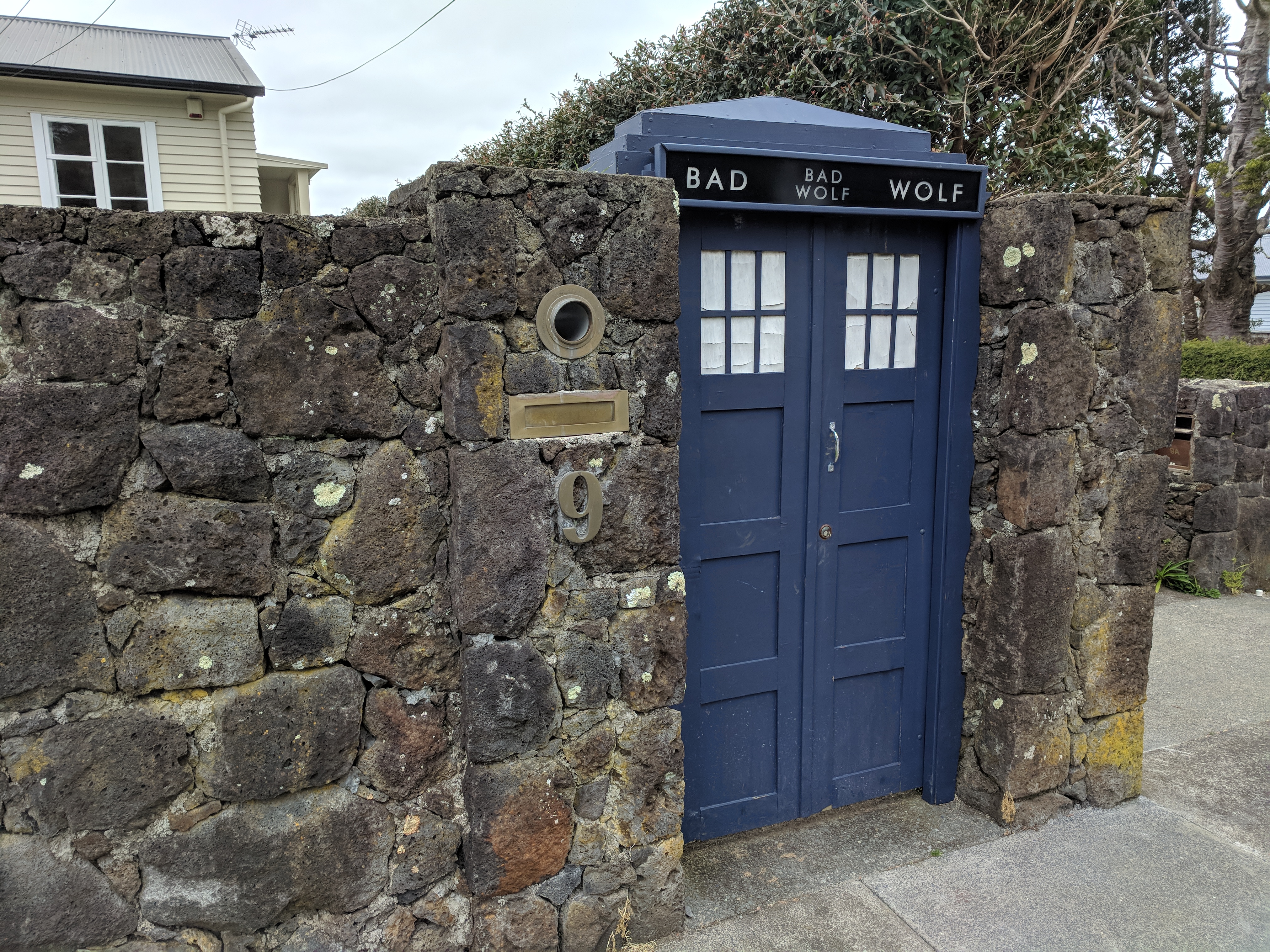 In my old neighborhood in Auckland

More notes on a Universal Basic Income funded by dividends from a stock fund (like a sovereign wealth fund).  The article brings up an interesting objection to the idea (beyond the sheer cost): that by making everyone shareholders, we will be removing support from all the anti-shareholder activity that is actually necessary to make business behave in desirable ways, rather than the rapacious activity that is usually justified by invoking maximization of stock price as the ultimate good.

Which brings us really to the bloody heart of the controversy that surrounds this proposal. Maybe it is true that a dividend-devoted SWF could render redistributive taxation more palatable, but mightn’t the same enthusiasm trick the working class into acquiescing to predatory corporate behavior in the name of increased profitability? This is Mike Konczal’s most serious objection. If we imagine an Alaska-scale SWF, you can argue that this proposal would be a terrible own-goal for those of us concerned with remedying social stratification. The rich are always trying to persuade the rest that what’s good for the stock market is what’s good for America, what’s good for us all. That’s mostly a lie. Decimating labor unions was good for stock markets, good for profitability, but bad for any hope of an equal society. Fracking every goop of hydrocarbons out from the Earth might lead to outsized S&P 500 performance for a few years, but would end up being a bad deal for most of us. Concentration and monopoly power are good for profitability, but are terrible for almost everyone in their roles as consumer and worker, and are destructive of economic dynamism and growth. If everyone suddenly sees themselves as a shareholder — while the true benefits of shareholding continue to go disproportionately to the affluent — then the plan just becomes a warmed-over version of George W. Bush’s “ownership society”.

The author decides the resolution is the oversight afforded by our system of representative government, but observes:

Wow, nice prose.  Anyway: a good survey, and critique, of advances on my obviously non-original idea of funding UBI with stock.

My Dad died on Tuesday evening. I’ve been thinking about what I want to say at his memorial, and I was remembering the time he was interviewed by a newspaperman in Budapest about his experience in the uprising.

He was trying to make many of the same points this author does: that countries are not inherently good or bad, that acts of heroism or evil are performed by regular people, not heroes or villains, that fear and lies destroy society. As a child, he was saved once in wartime Budapest by a policeman shepherding a line of people to their deaths. During the Soviet occupation and the uprising, he saw many acts of cowardice and savagery by Hungarians, and acts of bravery by the young, confused Soviet infantrymen they confronted.

The reporter wasn’t hearing any of this. He wanted to talk about the heroes of the Revolution and their evil enemy. He had a narrative in his head, and was looking to Laci to flesh it out for him. That narrative is even now being used by the Hungarian government to buttress its fascist activity.

An important truth is being forgotten or paved over by the powers that be. We will have to relearn that truth without our fathers, or suffer their fate.

I’ve been seeing ads for this page show up in my news feed, so I was finally intrigued enough to go check it out. Turns out the NZ government is not just making statements like “we need to understand how free trade agreements have harmed some sectors of the workforce” and waving their hands around as they have been in the US and the UK. They are asking regular people to weigh in on trade issues and incorporating that information into a new comprehensive trade policy.

Last week I got email from Reddit saying thousands of accounts had been compromised, my own amongst them, and asking me to change my credentials.

When I went to the Reddit site I found that my account has been banned. I assume that whomever used my credentials had posted entries contravening the terms of service of the site.

I used Reddit’s contact form to explain my dilemma, and asked that they reinstate my access and remove all the postings ever made in my name. So far, no response.

At this point, I can only assume that I look like an ass on Reddit. I ask again that they simply remove my account and any postings associated with it. Come on, spez, take care of this.

UPDATE: my bad. They asked that I reset my password; I did and all seems well. I should read the instructions a bit more closely.