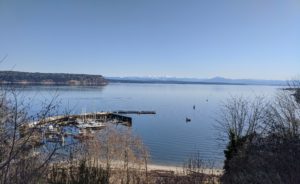 So, the government won’t do it, at the local, regional, site or federal level. Let’s have the churches do it. Follow the example of https://boingboing.net/2020/01/22/a-pittsburgh-church-held-a-gun.html and pay money for guns. Fund it from the congregation. Hold it as a multi-day carnival. Point and shame the churches that won’t participate. Big finish, where guns are destroyed in a big metal press or something, to the cheers of the crowd. Freedom of religion, baby!

Donald Trump has been calling the press for decades using pseudonyms, passing on rumors that cast a favorable light on Donald Trump. Using this technique, he has inflated estimates of his net worth and his desirability amongst rich and powerful women.

There’s an article in Fortune magazine from 2016 that describes his practice. Apparently still doing it as President.

One of the most interesting papers I’ve read this year, and it comes in at the end of December:

(Via a post from Brewster Kahle where he implements the authors’ model as a dice game, The Game of Oligarchy

It shows how a simple model of free trade between equals degenerates into classes of rich and poor, even when the trade is voluntary, the value of the trade to each partner benefits one or the other randomly and the mechanism is iterated for a large number, how this reflects many well-understood processes in nature where phase changes emerge from chaotic interactions between individual elements, and how a simple model of redistribution can (and does, in real societies) fix the problem.